My roommate made this at Baker's Square tonight

and it was so awesome that I felt it was necessary to share. 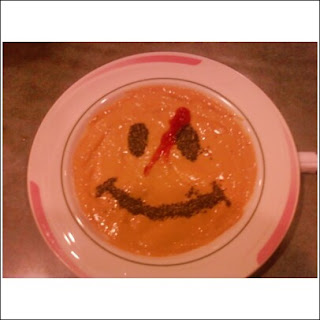 Here's his Halloween costume, in possibly the best picture to ever be on Facebook: 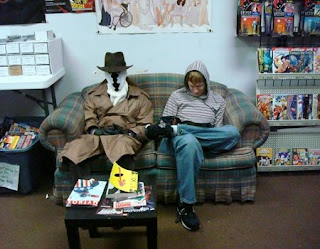 (he's Rorshach, not, as some have suggested, "the skinny white kid in the hoody," which of course is still a super-popular costume)

And for good measure, here's another picture from my phone, taken at the Halloween party I went to after my friend Laura thought it would be hilarious to put scotch tape around my friend Dwight's face. And of course it was: 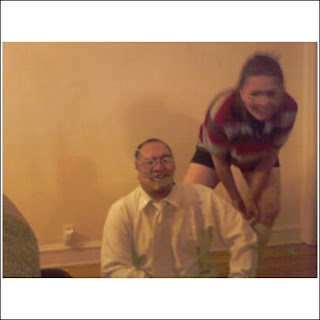 If you're having a bad day, just stare long and hard at these bad boys.
Posted by Eric Garneau at 10:40 PM

You own a comic book shop right? So can I borrow a copy of the Watchmen graphic novel? Thanks man

What do you think this is, some kind of comic book library?!?!